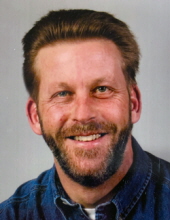 Passed away unexpectedly Tuesday, May 19, 2020 at the age of 58. He was born February 7, 1962 in Saginaw, the son of Nancy (Spence) Smith and the late Arthur Calvin Smith. Kris graduated from high school at The Hill School in Pottstown PA, class of 1980. He then graduated from Purdue University in December 1984 with a Bachelor’s Degree in Building Construction Technology. Kris started at Woodruff Contracting in 1985 as an estimator and advanced to later serve as President of the company until suffering a stroke in 2009. Kris had an impeccable work ethic and was highly knowledgeable and widely respected in his field. Kris married Karen Oakes in 1986. They were married for 20 years. He was an avid outdoorsman, enjoying hunting, golfing, and skiing, Cottage Grove softball, and boating on Higgins Lake. Kris loved to travel, was a genuinely talented “Mr. Fix It”, a loyal Michigan State and Detroit sports fan and dog lover.

Cremation has taken place. The family will be holding a private memorial at a later date. Those planning an expression of sympathy may wish to consider the Higgins Lake Foundation or the American Stroke Association.
To order memorial trees or send flowers to the family in memory of Kris Farrell Smith, please visit our flower store.
Send a Sympathy Card