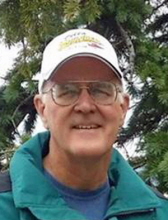 Kevin Taylor Henderson, NV Formerly of Saginaw, MI Passed away suddenly on Saturday, October 27, 2018 due to injuries sustained in a boating accident, at the age of 63 years. Kevin was born December 15, 1954, the son of Kenneth and Kathleen (Dubay) Taylor, in Saginaw. He graduated from Dwight D. Eisenhower High School Class of 1973. Kevin graduated with an Electrical Engineering degree from Michigan Tech. He then went to work for Schlumberger Oil Well Services as a Field Engineer and worked in Texas, Canada, the Dakotas and Colorado. In 1983 he joined EG&G, Inc., an engineering company who had a large contract with the U.S. Department of Energy.He moved to Nevada to work at the Nevada Test Site and later in the Special Services Division located in Las Vegas, Nevada. In 1995 Kevin purchased a small marine propeller repair business in Henderson, Nevada, called R&R Prop Shop, and went into business for himself. Over the years he expanded the business to include boat repairs, custom CNC fabrication, and specialized in selling performance propellers. He recently purchased Mazco Props, Inc. and added it to his business in Henderson. Kevin loved all things related to boats, owned several different kinds of boats during his lifetime and spent as much time as he could boating everywhere he lived. He was a member of American Power Boat Association and Southern California Speedboat Club. He was actively involved in racing his own boat the past ten years, winning trophies and making lots of good friends. Kevin met Anna Bohte while he lived in Denver and they were married July 29, 1983 and moved to Nevada when Kevin was employed by EG&G, where they resided at the time of death. He was a member of St Thomas More Catholic Community in Henderson, Nevada. Surviving besides his wife Anna and his parents are his siblings; Lorie Rankin, Alan (Cheryl) Taylor, Kim (Nancy) Taylor; a sister-in-law; Beverly VanderKoy; brothers-in-law; Ed (Candace) Bohte and John (Beverly) Bohte; many close nieces and nephews and great-nieces and nephews. He was predeceased by his mother-in-law and father-in-law, Edward and Estelle Bohte. Funeral Liturgy will take place 11:00 a.m. Monday, November 5, 2018 at St. Dominic Catholic Parish, St. Stephen Catholic Church, 2711 Mackinaw St. Rev. Steve Gavit will officiate with burial to follow in Roselawn Memorial Gardens. Friends may call at the W. L. Case and Company Funeral Chapel, 201 N. Miller Rd. Sunday from 4:00-8:00 p.m. and on Monday from 10:00 a.m. until the time of the service.