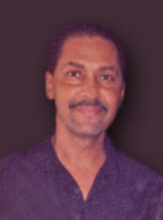 Kenneth Ray Harris went home on January 16, 2017. Age 68 years old. Ken was born on April 2, 1948 in Louisville, KY to Walter Harris and Mayme Gunn nee Coffield. Ken was predeceased by his beloved mother Mayme Gunn, father, Walter Harris, step-father Robert Gunn and brothers Walter Harris, Jr. and Larry Gunn. Ken graduated from Saginaw High School in 1967, attended Delta College and was employed by Saginaw Powder Coating and Nexteer. He was married for 19 years to his beloved wife, Esther. Ken had a brilliant mind, was a kind, jovial, gentle soul and a great uncle, brother, step-father, and brother-in-law. He enjoyed dancing, playing cards, watching all the Michigan teams play sports, and good conversation about politics. He loved cruising around in his red Pontiac Firebird "Baby Red" and could be found tinkering around in the garage with his new toys where he'd escape to sneak a cigar or sip of tequila or whiskey. Most of all, he loved spending time in the comforts of home with his wife and dog, Leela. Ken is survived by his devoted wife Esther Harris nee Torres, Loving sister, Wanda Fay Gunn, step-son Jaime Torres, future daughter-in-law Audrey Avila, aunts: Gladys Joseph, Bonnie Coffield, his step-mother Nina Harris, many nieces, nephews including a special nephew Jordon (Allis) Hubbard, brothers-in-laws, sisters-in-laws, friends and compadres including life-long friends Joe Calhoun and Herbert Williams. He was the lucky recipient of a kidney transplant in 2001 that allowed him many more years with us. Ken's family would like to thank all the medical staff that took such loving care of Ken during his illness. Ken's celebration of life will take place at 1:00 p.m. Saturday, January 21, 2017 at the W. L. Case and Company, 4480 Mackinaw Rd. Ken's nephew, Rev. James Doran will officiate. Friends may visit with the family on Saturday from 11:00 a.m. until the time of the service. We will truly miss our beloved Kenneth Ray Harris.