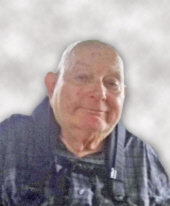 John Deloss Bardoni Brant, Michigan Beloved father, grandfather, brother and friend passed away Saturday, August 18, 2018, at Hurley Medical Center. Age 82 years. The son of the late John and Winnie (Larkin) Bardoni was born January 26, 1936 in Saginaw, Michigan. He married Mary Gambale, December 24, 1956. His wife of 60 years passed away March 8, 2017. John served with the U.S. Coast Guard. He was employed by General Motors, retiring with about 40 years of service. He was a member of the Chesaning American Legion Post # 212. He was a member of Mary of the Immaculate Conception Catholic Church, St. Charles, MI. He enjoyed horses and tractors and most of all his family, especially spending time with his grandchildren. Everyone John came in contact with, he considered a friend and he would do anything for them. Surviving are two daughters, Patricia Bardoni and Margaret Knowlton; his grandchildren, Christopher Knowlton, Mashell (Jim) Gawne; his great grandchildren, Autumn, Zachary, Cheyanne, Gavin, Serenity, Kendall, Talon, James, Christopher Jr., Jasmine and Remington; his sister-in-law, Patricia (George) Koch, Dorothy (Ron) Cjakowski, Ilene (Bruce) Desher; many nieces, nephews, and other relatives, his special friends, Bob Prenzler, Kevin McInerney; Gala Larkin, Josie Green, Brenda Fuller and Lane Valley. He was predeceased by his brother, Rodney Bardoni and his sister-in-law, Geneva Bardoni. The funeral liturgy will take place at 11:00 a.m. Friday, August 24, 2018 at Mary of the Immaculate Conception Catholic Church, 708 Sanderson St. St. Charles, MI. Rev. Joseph Miller will officiate with Military burial in Roselawn Memorial Gardens at 2:00 p.m. under the auspices of the U.S. Coast Guard and American Legion Post #212. Friends may call at the W. L. Case and Co. Funeral Directors, 201 N. Miller Rd. from 2:00-8:00 p.m. Thursday where a Vigil service will be held at 7:00 p.m. Friends may call at the church on Friday from 10:00 a.m. until the time of the funeral liturgy. www.casefuneralhome.com