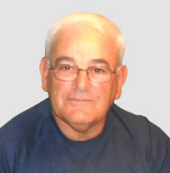 John Corcoran Hemlock, Michigan A devoted husband, loving father, grandfather, brother, uncle and friend. John Corcoran, 72, of Hemlock, MI and winter resident of Estero, FL, passed away unexpectedly on Wednesday, March 9, 2016 while vacationing on Fort Myers Beach. John, a man of faith, was born May 21, 1943 in Saginaw, MI, the son of the late Harold and Marie (Meo) Corcoran. On June 20, 1964, he married Karen (Lish) Horvat, the love of his life. They were married for 51 years. John was a graduate of St. Mary's Cathedral High School and attended Delta College. Before retiring, John was a millwright at Grey Iron for 35 years. John, the gentle giant, will always be remembered for his loving and outgoing personality, sense of humor and compassion for others. His joyful whistle, infectious smile, loud church voice, and big warm bear hugs will be missed by all. John enjoyed many hobbies including fishing at Point Lookout, woodworking, playing cards, walking on the beach, watching sporting events and projects. No job was too big for John. He was an avid golfer and member of Pelican Sound Golf and River Club. Most of all, he was a family man and loved spending time with his wife, children and grandchildren, always supporting them in their school and sporting activities. He was their "biggest" fan. John was a member of St. John XXIII Parish (formerly St. Mary's) where he served as a lector, usher and committee member and also a member of the Son's of Italy. John devoted 13 years to Marriage Encounter where he and Karen helped couples enrich their married lives. Surviving John, are his wife Karen, his mother-in-law Alice Horvat, children; John (Danielle) Corcoran, Jennifer (Mark) Honsinger; sisters, Margaret Ann Mayer and Kathleen (Joe) Rusz; Sister in law, Sharon (Wally) MacPhail, brother in laws, Wallace (Butch) Warner and Robert (Laura) Horvat, grandchildren, Samantha Corcoran, Gracen Corcoran, Jordan Honsinger, and Justin Honsinger. He will also be remembered by numerous special nieces, nephews and cousins. He is preceded in death by his parents Harold and Marie, his sister Mary Ellen Warner, and his father-in-law Frank Horvat. A Catholic Mass in honor of John will be held 11 a.m. Wednesday, March 16th at St. John XXIII Parish (St. Mary's Church) 151 St. Mary's Dr. Hemlock, MI. Friends and families will be received 2-8 p.m. Tuesday, March 15th at Case Funeral Home, 201 N Miller Rd. Saginaw, MI 48609. In lieu of flowers, donations may be made to St. John XXIII Parish, Pancreatic Cancer Action Network and Son's of Italy Scholarship fund. Karen would like to thank the generous, loving spirit of her friends from Pelican Sound. Your support has been immeasurable and the very meaning of friendship. John will be remembered for his big personality along with his equally loving heart. www.casefuneralhome.com