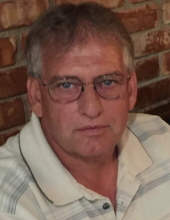 Beloved husband, father, brother, uncle, cousin and friend passed away on Saturday, September 19, 2020 at his home, with his family at his side. At the age of 59 years.

The son of Donald and Betty Lou (Brendly) Weiskirch, John was born on March 23, 1961 in Saginaw, Michigan. He graduated from Hemlock High School with the Class of 1979. John married Paula M. Pufahl on June 2, 1984; she survives him. He was retired from the Hemlock Public Schools and was working part time for the Richland Township Department of Public Works. John was a member of St. Peter Lutheran Church, Hemlock. He enjoyed hunting, spending time up north and puttering around in his garage. John was always willing to lend a helping hand to anyone. Above all, John cherished the time spent with his loving family, especially his grandchildren.

Honoring John’s wishes, cremation has taken place. A Memorial Service will take place at 4:00 p.m. on Friday, September 25, 2020 at St. Peter Lutheran Church, 2461 N. Raucholz Road, Hemlock. Rev. Dr. William L. Morris will officiate. Friends may visit with the family from 2:00 p.m. until the time of service on Friday at the church. Those planning an expression of sympathy may wish to consider memorials to St. Peter Lutheran Church.
To order memorial trees or send flowers to the family in memory of John Carl Weiskirch, please visit our flower store.
Send a Sympathy Card