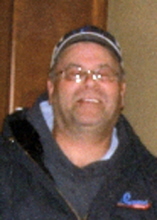 Jeffrey passed away unexpectedly on January 24, 2020 at the age of 49 years. He was born on January 21, 1971 to James and Diane (Kreger) McQuiston in Saginaw, Michigan. Jeff graduated from Hemlock High School, class of 1989. Majority of his time was spent doing what he loved, farming. Jeff has spent over 15 years farming corn and soy beans with his family at their family farm "Kreger Farms." He was also an avid hunter, his favorite being deer season. Jeffrey also spent his spare time fishing in the Upper Peninsula, he was an avid ice fisher as well. Surviving besides his parents James and Diane is his son Jared (Sydney Schnell) McQuiston. Also surviving is his brother Gregory (Jeanie Ford) McQuiston. In accordance with his wishes, cremation has taken place. A memorial service will be scheduled at a later date.