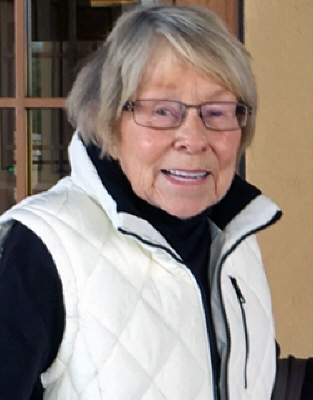 Our beloved mother, grandmother, and dear friend passed away peacefully on Friday, January 22, 2021, at MidMichigan Medical Center - Midland; at the age of 88 years.

Jane was born September 19, 1932, in Cheboygan Michigan, to the late Harold and Elizabeth Jane Parks; her family moved to Alpena, Michigan, at age 10 after the death of her mother. Jane wanted to be a nurse from early childhood in order to be autonomous while also helping people. This became her reality in 1953 when she graduated from Mercy Central School of Nursing in Bay City and began a life of taking care of herself and others.

In 1965 she married her childhood friend, neighbor and one-room school classmate, the honorable Harry M. Titus. They divorced after 27 years of marriage and two sons. Their first born, Andrew Titus is an attorney in Saginaw Michigan and his brother, Douglas Titus, is a professor of Information Systems Management at the University of North Florida in Jacksonville, Florida.

While raising her family, Jane decided to take a break from nursing to start her own business in 1979. The Bath House, which sold upscale bathroom décor and accessories, united Jane's desire to care for others and her love of decorating. Harry and Jane's generous spirits led them to organizing charity events to raise money for the Saginaw Diabetes Association's annual golf tournament.

Jane faced many challenges and survived cancer twice, but kept a wonderful and happy outlook on life. She always saw the best in people, which unfortunately could be detrimental anytime she dealt with a sales person or sought car repairs. One of her great loves was Las Vegas; after visiting so many times it seemed cheaper to move there, which she did in 1995 and stayed until moving back to Saginaw in 2013.

After retirement, Jane found she had an interest in the political scene and began to study its machinations. Her newfound knowledge and insight manifested itself into her first, and only book, The Iron Law of Zoology. Sadly, while writing her tome, Jane suffered a mild stroke and had to put writing on hold while she recovered. Ever determined to have her opinion known, the first-time author persevered and finished what she had begun.

In her later years, Jane developed an intense love of all things Christmas. She began decorating in October, filling her rooms with trees of all sizes and colors while Hallmark movies could be heard playing in the background.

She was preceded in death by her two brothers: Gordon Parks, Douglas Parks; a sister: Patricia Greenless (Parks). She is survived by her sons and their wives: Andrew and Olga Titus; Douglas and Catherine Titus; a granddaughter: Alexandra Elizabeth Titus; and a grandson: Christopher Titus.

We will forever be eternally grateful for our beloved mother, grandmother, and friend. Her resilience, style, elegance, relentless love of Christmas and dry sense of humor will be deeply missed. A video poker machine in Vegas will sadly be missing its favorite Irish Coffee drinking player.

Honoring Jane’s wishes, cremation has taken place. An outdoor memorial service will take place from 12:00 p.m. – 4:00 p.m. on Saturday, July 24, 2021, at the Montague Inn, 1581 S. Washington Avenue, Saginaw, Michigan. Those planning an expression of sympathy may wish to consider a donation to the Breast Cancer Research Foundation (www.bcrf.org) Fond memories and expressions of sympathy may be shared with the family through www.casefuneralhome.com
To order memorial trees or send flowers to the family in memory of Jane Wingrove Titus (Parks), please visit our flower store.
Send a Sympathy Card