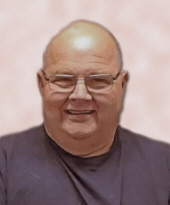 Passed away suddenly on Wednesday, November 27, 2019 at Ascension St. Marys at the age of 66 years. Jack was born on September 6, 1953 to Jack and Delila Colpean of St. Charles. He graduated from St. Charles High School, the class of 1971. Jack then attended I T & T Trade school in Chicago and became a master mechanic. Jack married Diane Beyer on August 20, 1977; she survives him. He retired from Firestone Tire in 2010 after many years of service. Jack enjoyed deer hunting, farming and going to the races with his father. He was a member of Ascension Lutheran Church. Besides his wife and parents, Jack is survived by his sister-in-law Debbie (Steve) Feit, his niece Jessica, his nephew Steven and many other relatives and close friends. Jack was predeceased by his sister Jill and brother Michael. Friends may visit with the family at the W. L. Case and Company Funeral Chapel, 201 N. Miller Rd. on Monday, December 2, 2019 from 2:00-8:00 p.m. In lieu of flowers, memorial donations may be made in Jacks name to a charity of your choice.