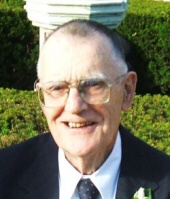 Fitch, Hugh Edwin Bridgeport, MI Passed away at St. Mary's Medical Center on Saturday, November 24, 2012, at the age of 87 years. Hugh Edwin Fitch was born October 22, 1925, in Chicago, Illinois, to the late Hugh and Ceverena (Jones) Fitch. He served with the United States Navy during World War II and later attended Michigan State University where he obtained his degree in Forestry. He married Patricia Henderson in 1953. She survives him. Hugh was employed for many years by Standard Oil of California and after his retirement worked locally for McDonald's Nursery. He loved fishing, hunting, reading, and was very adept at forestry and horticulture. In addition to his spouse, Hugh is survived by two sons and their spouses, Douglas and Mary, and Glenn and Reyna; five grandchildren, Sara, Ryan, Gregory, Stephen, and Amanda; 2 great-grandchildren, Hunter and Isabella; and a sister, Ceverena. He was predeceased by his brother Richard. Cremation has taken place. Those wishing to make an expression of sympathy may consider Lutheran Home Care, 100 Mayer Rd., Frankenmuth, MI 48734. The family wishes to especially thank the staff on the 3rd floor of St. Mary's Neurological Unit for the wonderful care given to Hugh. www.casefuneralhome.com