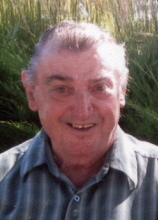 Harvey Walter Jacques Jr. Saginaw, Michigan Passed away Monday, December 3, 2018, at Covenant-Harrison. Age 88 years. The son of the late Evelyn (Runge) and Harvey W. Jacques Sr. was born August 21, 1930 in Saginaw, Michigan. He married Beatrice L Braun, October 20, 1951. She passed away June 13, 2009. Harvey served with the U.S. Navy Sea Bees, Mobile Construction Battalion during the Korean War. He was employed as a Bricklayer and owned Delta Fire Protection. He had been a member of St. John Ev. Lutheran Church, Second and Federal Sts; a member of the American Legion Post #439; the Eagles and the L.O,O.M. He was a member and Past Worshipful Master of the Saginaw Lodge # 77 F a member of the Elf Khurafeh Shrine and served as a transporter for the Shriners Hospitals for Children. He was an avid fisherman. Surviving are a son, a daughter and their spouses, Brian and Brenda Jacques; Diane and David Hagar; four grandchildren and their spouses, Scott Jacques; Alex and Amanda Jacques; Sara and Tyler Miller; Tracy Hagar; four great grandchildren, Grayson and Bennett Miller; Jenna and Madison Jacques; a brother and sister-in-law, Alger and Janice Jacques; several nieces and nephews. Two brothers and one sister, Jerry and Russell Jacques and Sharon Patterson have predeceased him. The funeral service will take place at 11:00 a.m. Thursday, December 6, 2018, at Zion Ev. Lutheran Church, 545 South 7th St. Freeland, MI. Pastor Rob Schmidt will officiate with Military burial in Chapel Hill Cemetery under the auspices of American Legion Post #439. Friends may call at the W. L. Case and Co. Funeral Chapel, 4480 Mackinaw Rd. from 2:00-4:00 and 6:00-8:00 p.m. Wednesday and then at the Church on Thursday from 10:00 a.m. until the time of the funeral service. Those planning an expression of sympathy may wish to consider the Shriners Hospitals for Children. www.casefuneralhome.com