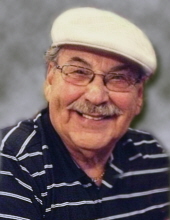 Beloved husband, father and grandfather passed away on Tuesday, June 29, 2021, at the age of 86 years, at his home, with his family at his side.

It was Mother’s Day, May 14, 1967. Gilbert and Ofelia gathered their four children and walked into Latin American Assembly of God Church. From that day forward, he chose to dedicate his life to our Lord and Savior Jesus Christ. He remained a lifelong member and an elder of the church. He later extended his membership to Saginaw First Assembly of God.

He was a lifelong musician. He and his two brothers Willie, Ernie, and their dear friend, the late Ezekiel Acevedo formed a gospel group called “The Latin Messengers.” The three brothers ministered together for 36 years, throughout which many musicians joined them, including his son, Danny. In the prime of their ministry younger brother Sam joined the group. They were known as the “Olivarez Brothers”. They toured nationally and internationally. Gilbert was a songwriter, including the song Jesucristo Viene Ya. He and his close friend, the late Miguel Luna co-wrote Señor Te Alabaré which has been recognized and re-recorded by many different artists. Gilbert’s handle on WSGW radio was El Amigo Del Pueblo, where he shared the gospel and Spanish Christian music weekly for many years.

Gilbert served his church in many capacities including Sunday School Teacher, Men’s Ministry Director, Deacon, and Sectional Men’s Director of the District. He also served his community as President of La Unión Cívica Mexicana, Hispanic Business Association, and Christians Business Fellowship Michigan Region. Gilbert was honored as a recipient of the Adelante Legacy Award on behalf of the La Unión Cívica Mexicana. He served for many loyal and dedicated years as a businessman in the insurance and autosales industries and as a laborer at General Motors.

To order memorial trees or send flowers to the family in memory of Gilberto Olivarez, please visit our flower store.
Send a Sympathy Card