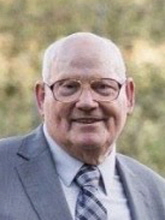 Beloved husband, father, grandfather, great-grandfather, brother and friend passed away November 16, 2019 at Henry Ford Hospital at the age of 79 years. Gerald was born October 7, 1940 to the late Horace and Eva (Frost) Brown in Merrill. He graduated from Merrill High School, class of 1959 and that same year married Luella MacLaren, the two just celebrated their 60th anniversary. Gerald loved to drive and that led him to traveling. He loved to travel anywhere where there was water, especially up north because he valued the peacefulness and the smell of the pines. He enjoyed seeing the beauty of the country, listening to the sound of splashing water and watching waterfalls. Gerald also loved to fix and fiddle around with cars. Along with his wife Luella, he is survived by his six children; Donald (Sylvia) Brown, Sandra (Gary) Burton, Douglas (Jennifer) Brown, Sherri (Paul) Malace, David (Rusty) Hartzburg- Brown, and Shelly Fuller. Gerald is also survived by his grandchildren; Jared, Donnita, Loretta, Justin, Trevor, Mathew, Jacob, Cecil, Nathan, Hannah and Joseph as was as his great grandchildren Aubrey, Rhianna, Edwynn, Devon, Colin, and Camden and many nieces and nephews. Also surviving him are his siblings; Jesse Brown, Irving Brown, William Brown and Margaret Palmer. He is predeceased by his grandson Ryan Brown and his brother Charles Brown. Honoring Geralds wishes cremation has taken place. A memorial service will take place on Tuesday November 19, 2019 at 3:30 p.m. at the Kingdom Hall of Jehovahs Witness, 7744 Dixie Hwy, Bridgeport, Michigan 48722. Friends may visit with the family at Fischer Hall (613 South Main Street, Frankenmuth, Michigan 48734) for a luncheon immediately following service. Those planning an expression of sympathy may wish to consider donations to the Kingdom Hall of Jehovahs Witness.