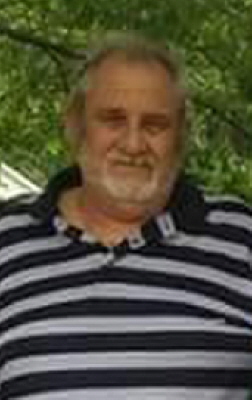 Beloved father, grandfather, brother, uncle, and friend passed away unexpectedly on Sunday, December 26, 2021, at Covenant HealthCare - Harrison. He was 65 years old. Gary Phillip Bunn was born on February 7, 1956, in Griffin, Georgia, to the late Allen Edward and Dorothy (Klimek) Bunn. He spent most of his childhood and early teenage years living in Chicago. At age 13, he moved to Merrill, Michigan, to live with his sister and brother-in-law. He was a graduate of Merrill High School. Following graduation, he proudly served his country by enlisting in the United States Army, serving four years until his honorable discharge. Upon his return, he married the love of his life, Renate Schobel, a German native in Louisiana; she preceded him in death on October 20, 2008. Gary was an avid outdoorsman and enjoyed hunting, fishing and working outside in his garden. He also enjoyed spending time with the grandchildren. He will forever be remembered for his selflessness to those he loved, an excellent sense of humor, his innate ability to be genuine and frank, and for taking a chance on people by giving them a place to live.

He was preceded in death by his wife, Renate; two sisters: Dorothy Anderson and Mary Nagy.

Honoring Gary's wishes cremation has taken place with a private family service. In lieu of flowers, those planning an expression of sympathy may wish to consider memorials to the family c/o Gary William Bunn. Please share your thoughts and memories with the family through www.casefuneralhome.com.
To order memorial trees or send flowers to the family in memory of Gary Phillip Bunn, please visit our flower store.
Send a Sympathy Card