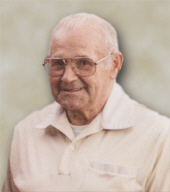 Finney, Edward W. Frankenmuth, MI Passed away Thursday, September 18, 2014. Age 85 years. The son of the late Harold and Betty (Karvel) Finney was born July 14, 1929 in Saginaw, MI. He married Gladys G. Zissler, April 19, 1955. She precedes him. Edward served with the U.S. Army during the Korean War and retired from the Grey Iron Foundry in 1994. He enjoyed spending time at his cottage and fishing. Edward is survived by two sons, Edward "Chip" Finney and Bruce Wescoat and one daughter, Nancy Brown; many grandchildren; great-grandchildren; other relatives and friends. He is predeceased by his son, Donald Wescoat and one brother, Jerome Finney. Funeral service will take place 1:00 p.m. Tuesday, September 23, 2014, at W. L. Case and Company 4480 Mackinaw Road. Chaplain Douglas Bassett will officiate with burial at Roselawn Memorial Gardens under the auspices of V.F.W. Post #1859. Friends may call at the funeral home from 11:00 a.m. until the time of service. www.casefuneralhome.com