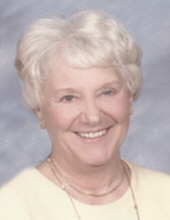 Passed away Tuesday May 19, 2020 at the age of 77. She was born February 17, 1943 in Saginaw MI to the late Albert and Jeanette Sieb. She was a beloved wife, mother, grandmother, great-grandmother, sister, aunt and friend to many. She married Ronald A. Martin, her loving husband of 58 years on September 29, 1962. He preceded her in death on April 27, 2020. During her life she worked two jobs she was passionate about. First at Saginaw General in infant care then Saginaw Public Schools as a bus driver for over 30 years until retirement in 2003. She volunteered in many functions at St. Matthews Catholic church and other Zilwaukee events. She loved spending time gardening, knitting, bingo, camping and time at their cabin. She especially enjoyed her family time with her children and all her many grandchildren, great-grandchildren and friends.

A memorial service will be held at a later date. Those planning an expression of sympathy may wish to consider memorials to the family or Dementia Society of America, https://Dementia Society.org/donate or mail to P.O. Box 600- Doylestown, PA.
To order memorial trees or send flowers to the family in memory of Donna Louise Martin, please visit our flower store.
Send a Sympathy Card