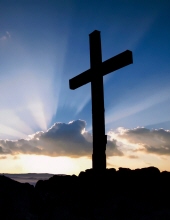 Mr. Krueger went to be with the Lord on Sunday, March 21, 2021.
Donald Edward Krueger was born on August 3, 1945 in Saginaw County, Michigan, the son of the late Alex Frank Krueger and Blanche Irene Rhoads Krueger. He graduated from Hemlock High School in 1963. He went to Central Michigan University where he received a Bachelor of Science Degree in Education with a major in mathematics in June of 1967 and a Master of Arts Degree in Educational Administration in October of 1969.
While at Central Michigan University, he lettered in football all four years and was selected all-conference both his junior and senior years at the safety position in the International Intercollegiate Athletic Conference. He also lettered in track all four years participating in sprints.
He taught mathematics at Hemlock High School for forty years. He coached football for twenty-three years and coached track for forty-eight years, most of which were at Hemlock High School.
Mr. Krueger initiated "The Hemlock Classic", which is an annual invitational track competition designed to help ready athletes for the state meet. In 1994, he received the Michigan Interscholastic Track Coaches Association's "Coach of the Year" award in girls track. In 1995 he coached the Hemlock High School's girls track team to a state championship.
He was united in marriage to Patricia Ann Doehring on December 30, 1967 at the Merrill Pilgrim Holiness Church (now known as the Merrill Wesleyan Church). They made their home in Hemlock, Michigan. He had been a faithful member of the Merrill Wesleyan Church all his life, serving as Sunday school teacher, board member, church treasurer, visitation worker, Rural Bible Ministries helper, and youth camp counselor.
Donald is survived by his wife of 53 years, Patricia Ann Doehring Krueger; his son, Chad Andrew Krueger and daughter-in-law Charity Elizabeth Howery Krueger of Carlton, Oregon; his daughter, Heidi Gretchen Krueger Maloney and son-in-law, Donald Michael Maloney of Freeland, Michigan; and his grandchildren, Joseph Donald Maloney, Jillian Alice Maloney, Kathryn Elizabeth Krueger, Ashley Paige Krueger, and Jack Alexander Krueger.
Also surviving are a sister-in-law, Doris Jean Childs Krueger of Midland, Michigan; a sister, Katherine Louise Krueger Kleppart of Hemlock, Michigan; a sister, Wanda May Krueger Grewe and brother-in-law, Jerry Frederick Grewe of Midland, Michigan; a brother, David Alex Krueger and sister-in-law Madelyn Faye Coulson Krueger of Hemlock, Michigan; a brother, Michael Arthur Krueger and sister-in-law, Diane Catherine Loubert Krueger of Fenton, Michigan, and many nieces and nephews and their families.
In addition to his parents, Donald was predeceased by a brother, Kenneth Leroy Krueger and a brother-in-law, Lyle Edward Kleppart.
The funeral service for Mr. Krueger will take place at 11:00 AM at the Merrill Wesleyan Church, 3765 North Chapin Road, Merrill, Michigan. The Reverend Timothy Allan Morris will officiate with burial at Roselawn Memorial Gardens. Friends may visit with the family at the Merrill Wesleyan Church on Wednesday from 4:00-8:00 p.m. and on Thursday from 9:00 a.m. until the time of the funeral service. Those planning an expression of sympathy may wish to consider a donation to the Merrill Wesleyan Church or to the Chippewa Athletic Fund for the support of Central Michigan University student athletes.

Mr. Krueger's service may be viewed online at merrillwesleyan.com

To order memorial trees or send flowers to the family in memory of Donald Edward Krueger, please visit our flower store.
Send a Sympathy Card