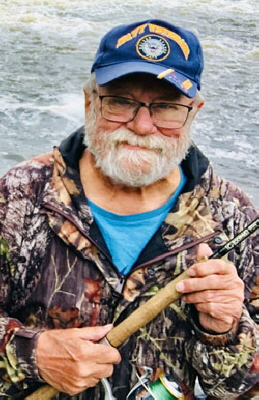 Beloved boyfriend, father, brother, uncle, nephew and friend passed away on Friday, January 8, 2021 at Covenant HealthCare - Cooper. At the age of 80 years.

The son of the late Martin Albert and Ella Olivia (Bacon) Drake, David was born on February 25, 1940 in Saginaw, Michigan. He graduated from Arthur Hill High School, with the Class of 1958. David served in the United States Navy, serving for two years on the U.S.S. Boston, until he was Honorably Discharged. He then continued his education at Delta College with an Associates Degree in Radiography. In his early career, David worked at Saginaw Osteopathic Hospital and later at the Aleda E. Lutz VA Hospital. He was a former member of the Moose Lodge 82. As anyone who knew David, knew he enjoyed hunting, fishing, and riding his beloved Harley Motorcycle. Later in life, he met his girlfriend: Joan Cummings and developed wonderful bonds and relationships with her family.

Surviving besides his girlfriend of over 25 years: Joan; are two sons, one daughter and their spouses: David and Suzelle Drake; Mark and Tamara Drake; Stefanie and Brian Whitaker; two grandchildren; a sister: Margaret (Penny) Beitz; and countless members of Joan's family whom he loved. Also surviving are many nieces, nephews and extended family members. David was preceded in death by a brother: Thomas Drake.

Honoring David's wishes, cremation has taken place. A Memorial get-together will be announced at a later date. Funeral arrangements have been entrusted with W. L. Case and Company Funeral Chapel.
To order memorial trees or send flowers to the family in memory of David Warren Drake I, please visit our flower store.
Send a Sympathy Card