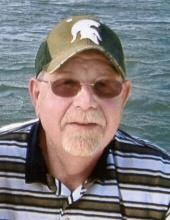 Beloved husband, father, brother, uncle and friend passed away on Friday, December 11, 2020 at Covenant HealthCare – Harrison, with his family at his side; at the age of 65 years.

The son of the late William and Helen (Schmidt) Colbert, David was born on March 7, 1955 in Saginaw, Michigan. He graduated from Saginaw High School, with the Class of 1973. David married Lynn A. McQuaid on August 15, 1975 in Saginaw, Michigan; she survives him. He enjoyed cooking, grilling, working around the house and keeping busy. David would often enjoy sitting on the back deck outside, while drinking an iced tea. David and Lynn were avid Michigan State Football Fans. David would always prepare his well-loved chili for the Michigan vs. Michigan State Football game for the annual get-togethers for friends and family. Above all, David cherished the time spent with his family.