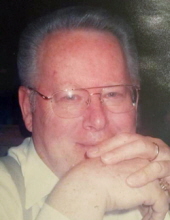 Beloved husband, father, grandfather and brother, went home to be with his Lord on Monday, November 23, 2020 at his home, with his family at his side. At the age of 84 years.

The son of the late Frank LeRoy and Vernetta (Pritchett) Currier, David was born on November 27, 1935 in Vassar, Michigan. He married E. Ellen Heyd on January 23, 1954 in Flint, Michigan; she survives him. David retired from Mutual Home Federal Savings and Loan for many years of loyal and dedicated service as Assistant Vice President and Branch Manager; later from Jacobsons Stores as co-store manager. He was State Treasurer for Indiana State Rotary Clubs, Junior Miss Pageants, and later was Charter President of West Grand Rapids Rotary Club. David was a long-time member of Revival For Our Day Church. He was an avid fisherman and enjoyed camping often. Above all, David cherished the time spent with his family.