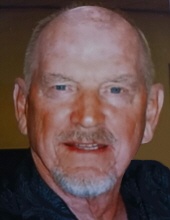 Passed away on December 13, 2021 at the age of 76 with his family at his side. His medical battles in recent years showed his courage in facing life’s challenges, meeting them with fortitude and resilience.

David “Fred” Taylor, son of the late Laverne and Pauline (Sweikhardt) Taylor was born on March 23, 1945 in Ludington, Michigan.

He graduated from Arthur Hill Technical School in 1963. During this time, he met the love of his life, Jackline, at a dance and married on April 20, 1963. He spent most of his career working at Miller Mold Co. as a machinist. They had 3 children, Cindy, Ken, and Jennifer. He was a wonderful father who taught his children the value of hard work and family traditions. He included his kids in everything he did. They ate dinner at the table together every night, took family trips, visited grandma on Sunday nights, played board games, went snowmobiling and played badminton outside until dark.

In his earlier years he was an avid runner, played golf and loved to travel.
After retirement he and his wife spent time camping, sailing, road trips and going to the casino. He had a very special bond with his brother and sisters that time and distance never diminished.

He and Jackie were longtime members of St. Peters Lutheran Church in Hemlock.

A funeral service will take place at 11:30 am on Monday, December 20, 2021, at W.L. Case and Company, 201 North Miller Road, Saginaw. Rev. Richard E. Mundt will officiate with entombment to follow in Oakwood Memorial Mausoleum. Friends may visit with the family from 4:00-8:00 pm on Sunday, December 19, 2021, at the funeral chapel as well as on Monday from 10:00 am until the time of service.

To order memorial trees or send flowers to the family in memory of David L. Taylor, please visit our flower store.
Send a Sympathy Card