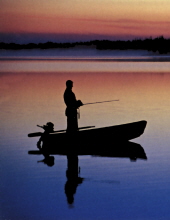 Beloved father, grandfather, brother and friend passed away Friday January 7, 2022 peacefully but unexpectedly.
The son of the late Dale and Mildred (Pretzer) Swanson was born on October 31, 1951 in Saginaw. He worked as a truck driver. Brad loved to go fishing, boating and being on the water.
Surviving are his significant other Barb Sanderson, his sons: Keith and Alex Swanson, Branden Johns, his daughters Tera Pribbernow, Holly and several grandchildren his siblings Steve (Barb) Swanson, Monty Swanson, Dale Swanson, Scott (Julie) Swanson, the mother of oldest his sons Nancy Wenzel and many other relatives, friends and his faithful dog Izzy.
In accordance with Brad’s wishes cremation has taken place and a memorial service will be announced at a later date.
To order memorial trees or send flowers to the family in memory of Brad Lee Swanson, please visit our flower store.
Send a Sympathy Card