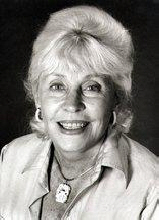 Cannon, Bettye E. Saginaw, Michigan Formerly of Muskegon, Michigan Beloved mother, grandmother, great-grandmother, and aunt, passed away early Saturday, October 04, 2014, at Edgewood Assisted Living in Saginaw. Age 97 years. Bettye Ellen Clark was born December 29, 1916, in Muskegon, Michigan, the daughter of the late Homer and Jessie (Konkel) Clark. She graduated from Muskegon Heights High School and attended Muskegon Business College. She had been employed by Consumers Power Company for two years, and then was employed as a secretary at Campbell, Wyant and Cannon, where she met her husband, William John Cannon. Bettye was very active in the arts, serving on the Board of Directors of the Muskegon Art Museum. She was a benefactor of the Hilt Building-Frauenthal Center for Performing Arts, and the Bettye Clark Cannon Gallery there was named in recognition of her support. She was also an active sponsor of the Hackley House and the Hume Home. She served on the Board of the Muskegon Community Foundation, was a member of the Service League, and was active in many other organizations that were dear to her heart. She loved to sew, and her children enjoyed the sound of the sewing machine running whenever they came home from school. She had also been a Brownie Troop Leader. Bettye was an avid golfer, and golfed in leagues at the Muskegon Country Club. She had been a member of St. Mary of the Immaculate Conception Catholic Church in Muskegon. Surviving are two daughters and sons-in-law, Kathy and Rick Lorentzen, Saginaw, and Merry and Kenneth LeRoux, Muskegon; her grandchildren, Fr. Christopher Coman, Michael Coman, Allan (Kelly) Lorentzen, Jason Lorentzen, Jeffrey Challinor, Shawn Challinor, and Laura Purcell; several great-grandchildren; two nieces, Barb (Wayne) Fries and Nancy Mitchell, and their families. Bettye was preceded in death by her husband, William J. Cannon Sr., two sons, William J. Cannon Jr. and Michael J. Cannon, and her sister, Audrey Greene. Bettye's family extends special thanks to all at Edgewood Assisted Living for their kindness and care. The Holy Sacrifice of the Mass will take place at 1:00 p.m. on Friday, October 10, 2014, at St. Mary of the Immaculate Conception Catholic Church, 239 W. Clay Avenue, Muskegon, Michigan, 49440, where Bettye's family will receive friends from 11:00 a.m. Friday until the time of Mass. Bettye's grandson, Rev. Fr. Christopher Coman, will officiate. Burial will take place later at St. Andrew Cemetery in Saginaw. Bettye's family requests prayers for the repose of her soul. Additionally, those planning an expression of sympathy may wish to consider the Muskegon Art Museum, the Muskegon Community Foundation, or to offer Mass intentions for Bettye at St. Mary of the Immaculate Conception Parish. Arrangements by W. L. Case & Company Funeral Directors, Saginaw. www.casefuneralhome.com