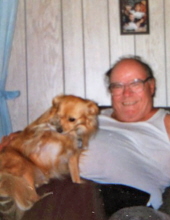 Passed away Saturday May 23, 2020 at Covenant-Harrison, at the age of 76 years. Bernard was born November 14, 1943 in Saginaw, the son of the late Arnold F. and Esther M. (Thomas) Krueger. He married Kayann Wilson May 21, 1966. Kayann Predeceased Bernard June 12, 1998. He was a member of St. Peter Lutheran Church. Bernard retired from General Motors following many years of service.

Due to the world wide pandemic a private Funeral service has taken place.
To order memorial trees or send flowers to the family in memory of Bernard C. Krueger, Sr., please visit our flower store.
Send a Sympathy Card