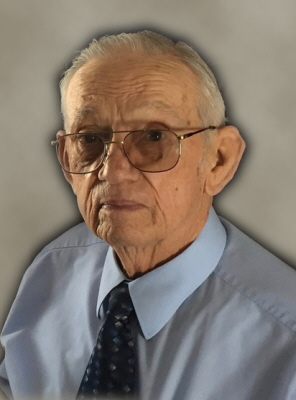 Beloved father and grandfather passed away on Saturday, March 6, 2021, at New Hope Valley; at the age of 91 years.

The son of the late Charles and Nora (Tidwell) Polson, Alvo was born on March 31, 1929 in Camden, South Carolina. He graduated from high school in 1947, then spent several years in the army. He moved to Michigan in 1956, and married Rhea J. Houk on July 19, 1958 in Grand Rapids. She preceded him in death on February 22, 2011. He was a financial planner for 66 years at Ameriprise Financial Services, until retiring this past summer. He was the longest serving representative (by several decades) in that company's history. He was a member of First United Methodist Church and the Saginaw Exchange Club. He enjoyed traveling and gardening.

Honoring Alvo's wishes, cremation has taken place. A Memorial Service will be announced at a later date. Those planning an expression of sympathy may wish to consider memorials to the Karmanos Cancer Center in Detroit.
To order memorial trees or send flowers to the family in memory of Alvo W. Polson, please visit our flower store.
Send a Sympathy Card